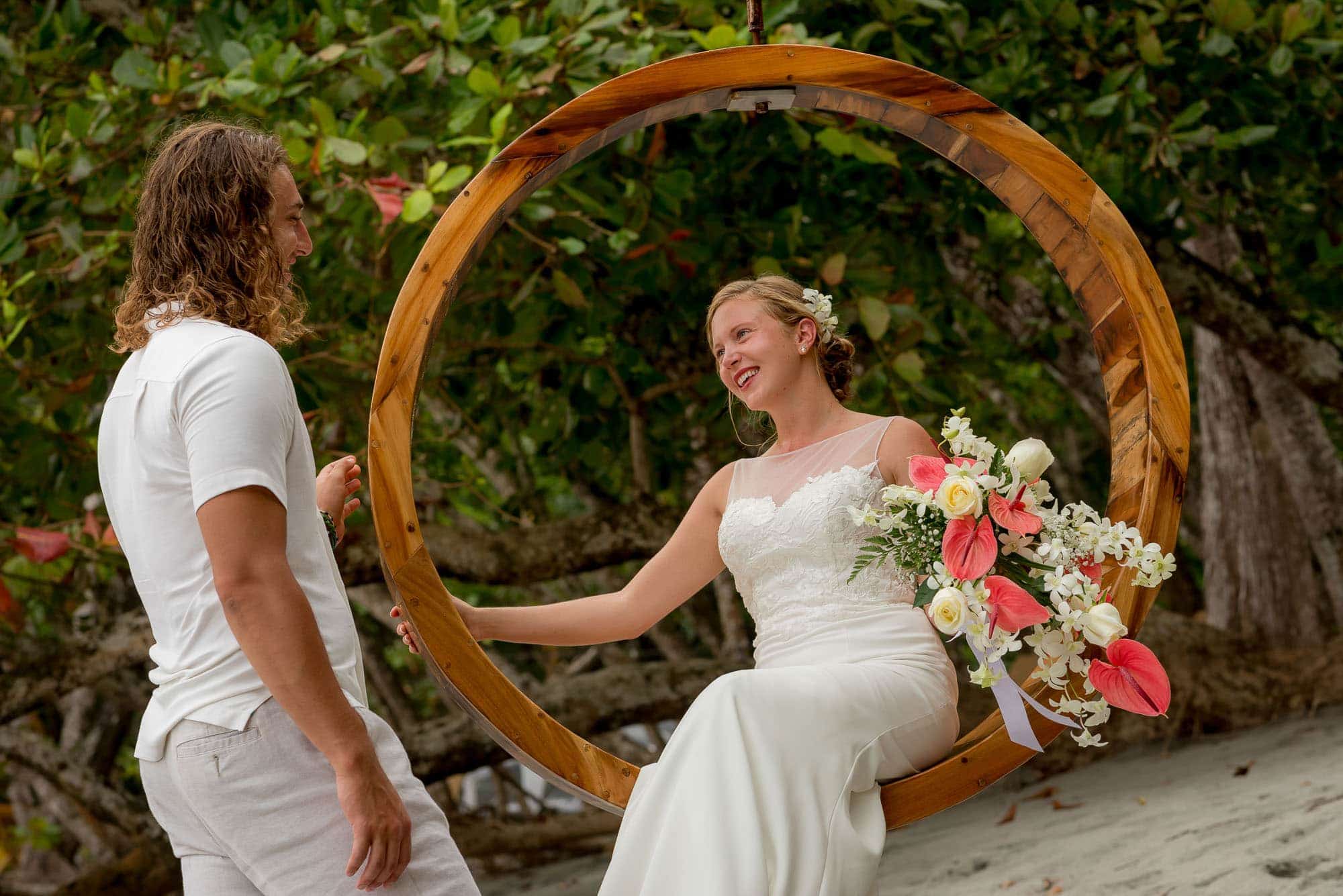 Traditional weddings can be stressful…and expensive…and even sometimes full of drama. Everybody has their ideas about what the couple should do and not do.

To avoid it all, many couples are choosing to get married in a different way. They pack their bags and head off to an exotic destination like Costa Rica. The wedding planner handles the details, the guest list is short and only the most important people, and most people end up saving a bundle.

As a couple with a strong love for travel, Alex and Luke decided a destination wedding was the perfect way to celebrate their big day. Simple, relaxed and, in their case, with a Lithuanian twist.

Check out how great it turned out!

Both Alex and Luke are hands-down the adventurous type. After all, they met on a diving trip in Roatan, Honduras. Since that life-changing trip, they’d been together for five years, affianced for two, and had decided it was time to make things official.

They decided on a destination wedding for a few reasons, their love for travel and adventure being a big one. In fact, at the time they were communicating with me about taking their wedding photos, they had both quit their jobs in corporate America and were backpacking/traveling the world together.

Another big plus for them was being able to focus their special day on the bond between them and not have to worry about pleasing anyone else. To that end, they came to Costa Rica with only their family in tow to celebrate the occasion. 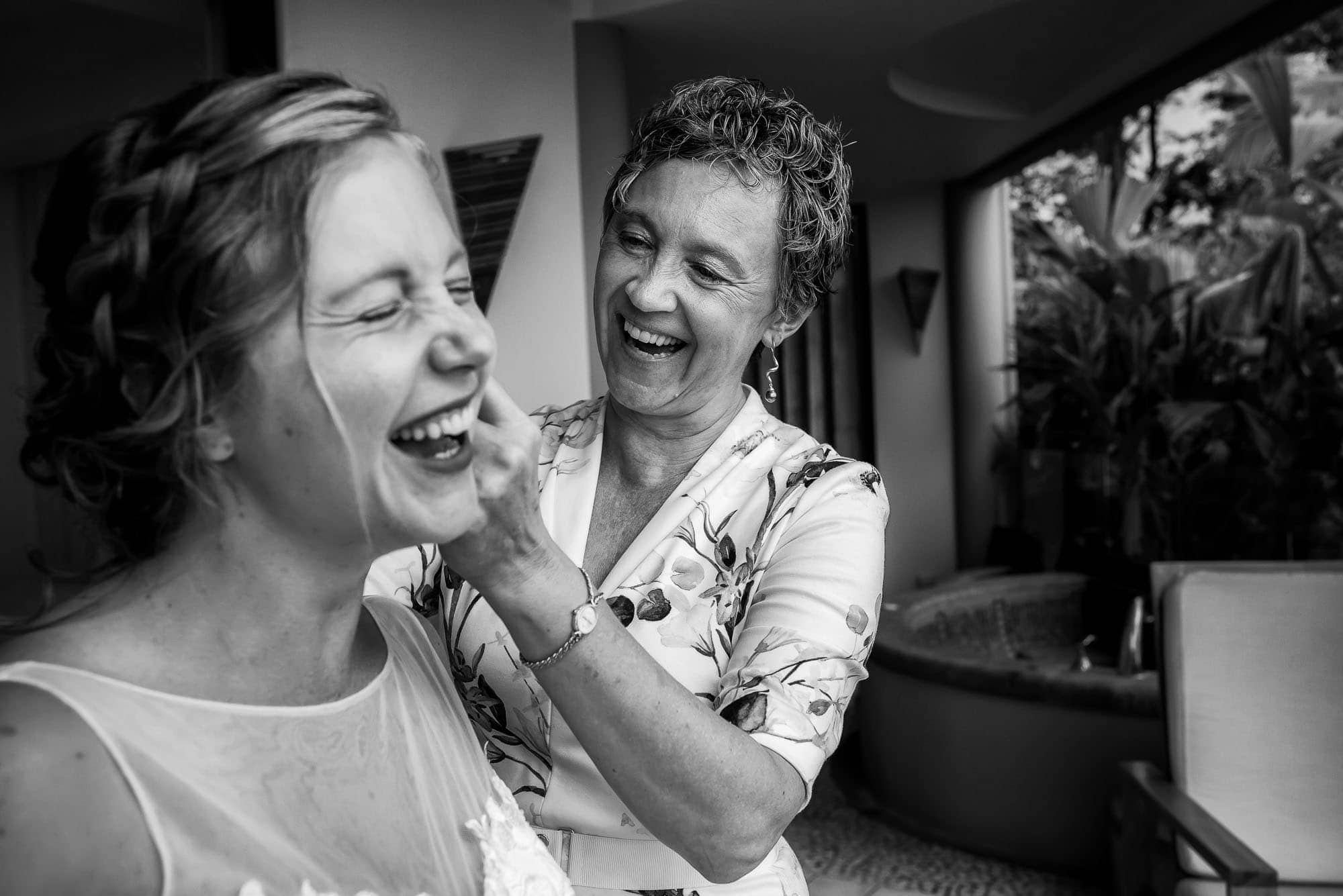 Why a Destination Wedding in Costa Rica?

Out of all the places they could go to get married, why choose Costa Rica? After all, it isn’t the only dazzling location in the world where they could have a relaxed beach wedding.

As nature lovers with a passion for sustainability, they already had Costa Rica on their bucket list. They were itching to visit one of the most bio-diverse countries in the world. On top of that, they love the Pura Vida aspect and attitude of the culture. As the final cherry on top, their families were also interested in visiting the country.

So for their destination wedding, Costa Rica fit just right.

The couple opted to stay at Arenas del Mar, a 5-star luxury resort that has successfully married luxury with sustainability. They have several impressive sustainability awards to prove it, including the WTTC Tourism for Tomorrow Award and 5-Leaf Sustainability Award. As such, the resort was a natural choice for Alex and Luke.

They held the ceremony on the private beach at Arenas del Mar. They chose to do “first look” photos before the ceremony as well as their portraits because they were saving something special for after the ceremony.

The ceremony itself was sweet and relaxed — everything that Alex and Luke had wanted. The sound of the surf in the background and the wind playing with the hem of Alex’s dress created the perfect music for their harmony.

A special twist came right after the ceremony. Luke’s mother is from Lithuania and so they chose to incorporate a cool Lithuanian tradition.

Alex and Luke stood in the middle holding hands and also long, colorful silks. Their family members danced around them in an intricate pattern holding the other end of the silks in such a way that it weaves around the hands of the bride and groom, binding them together. 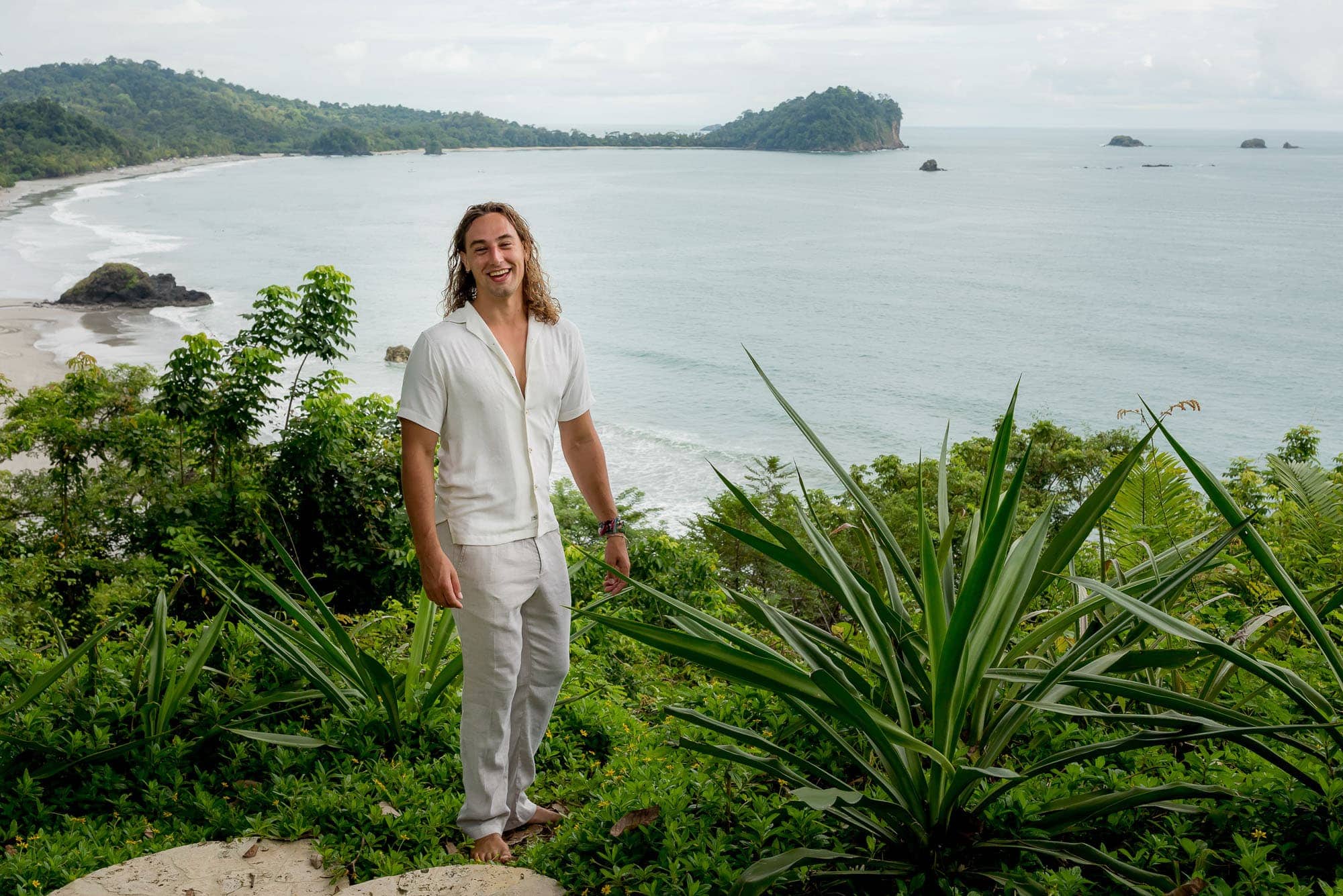 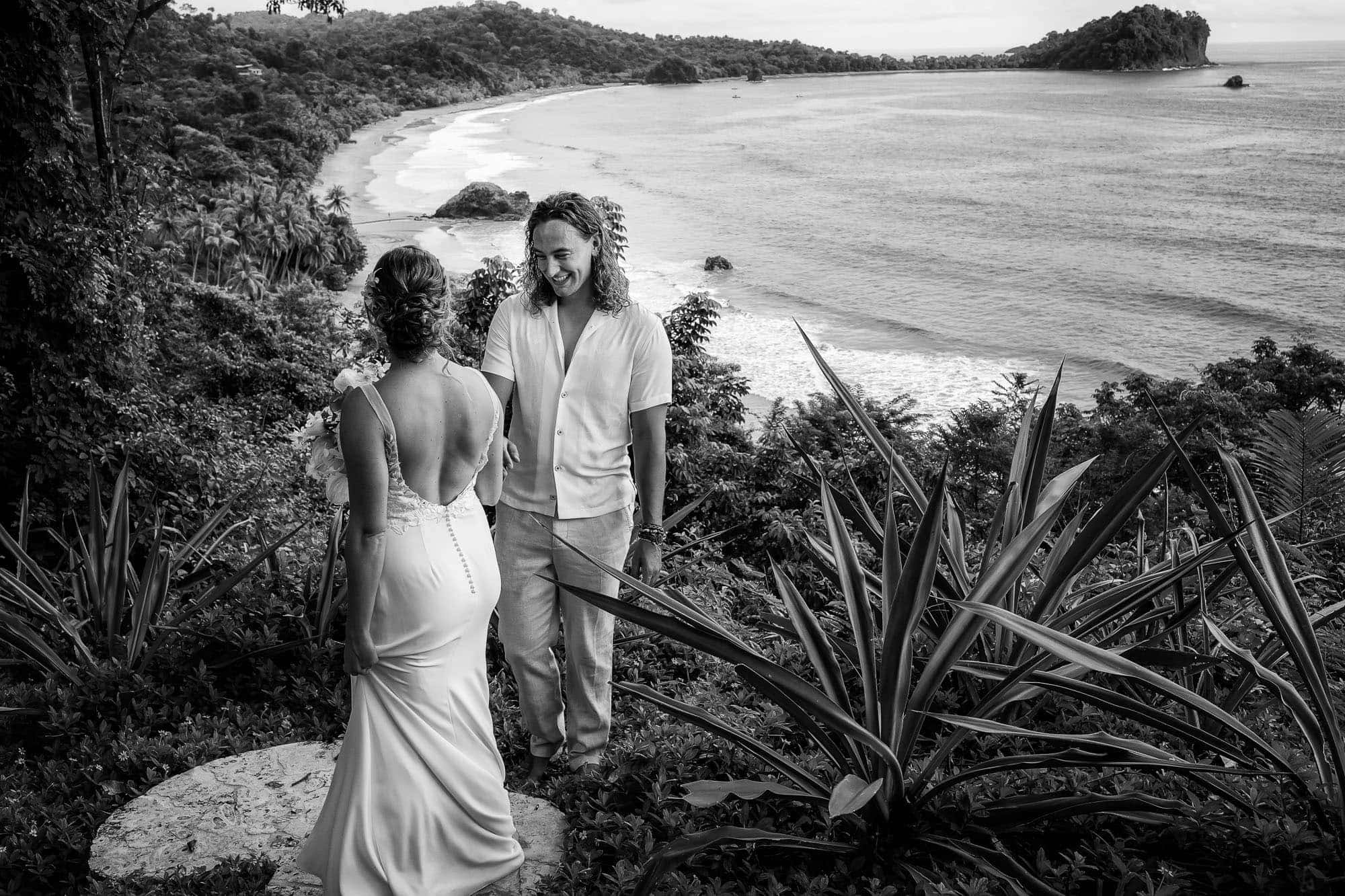 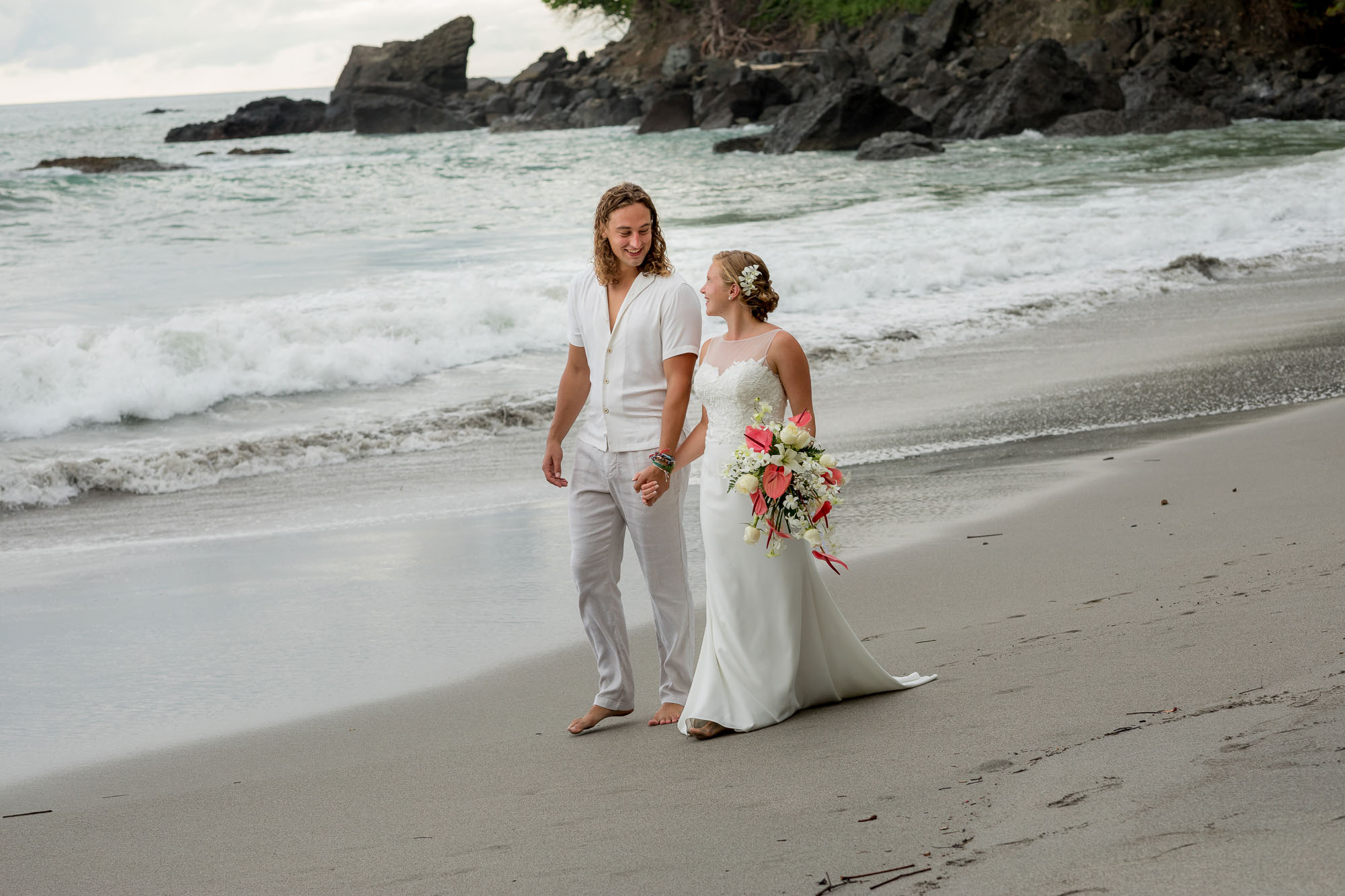 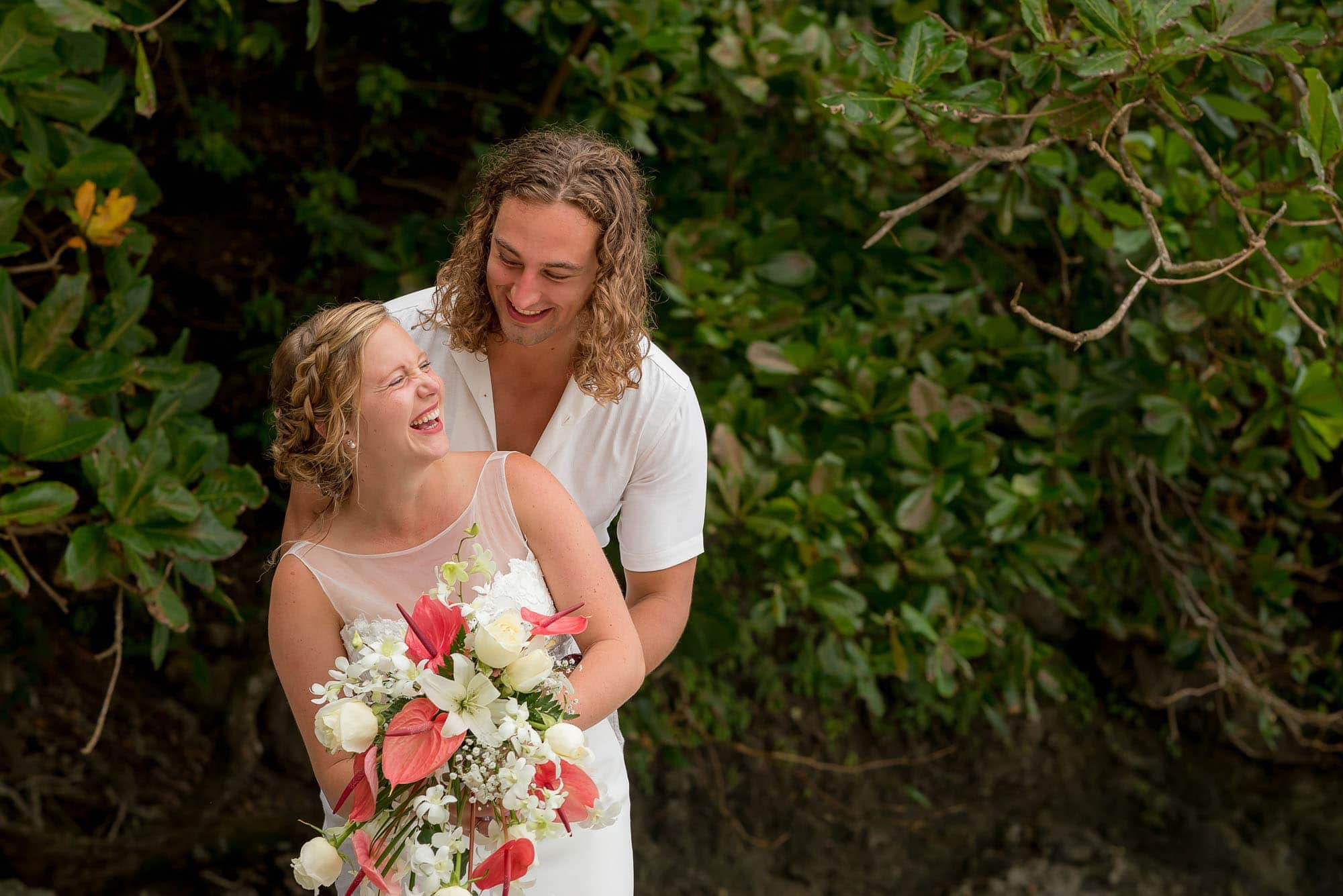 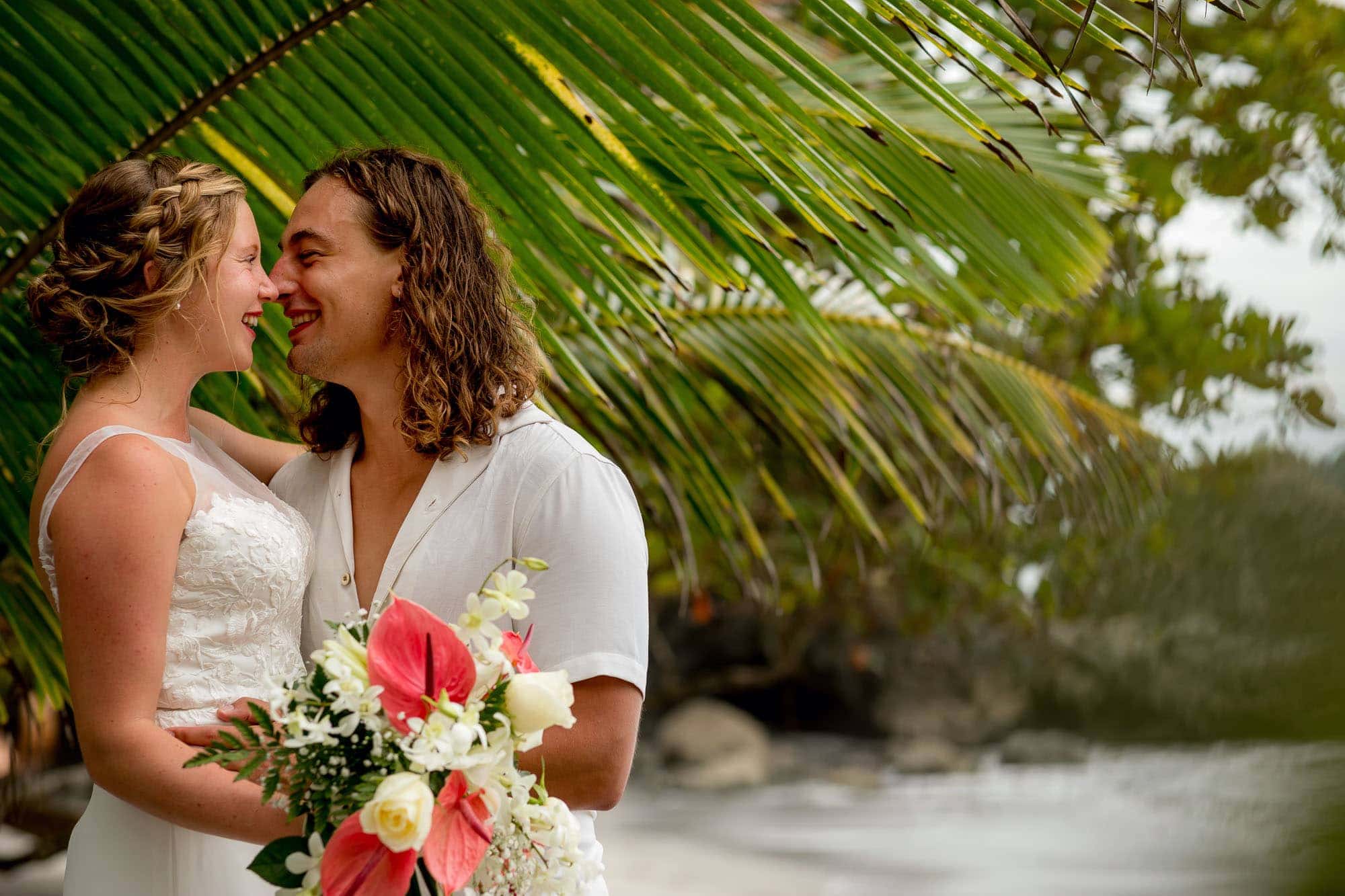 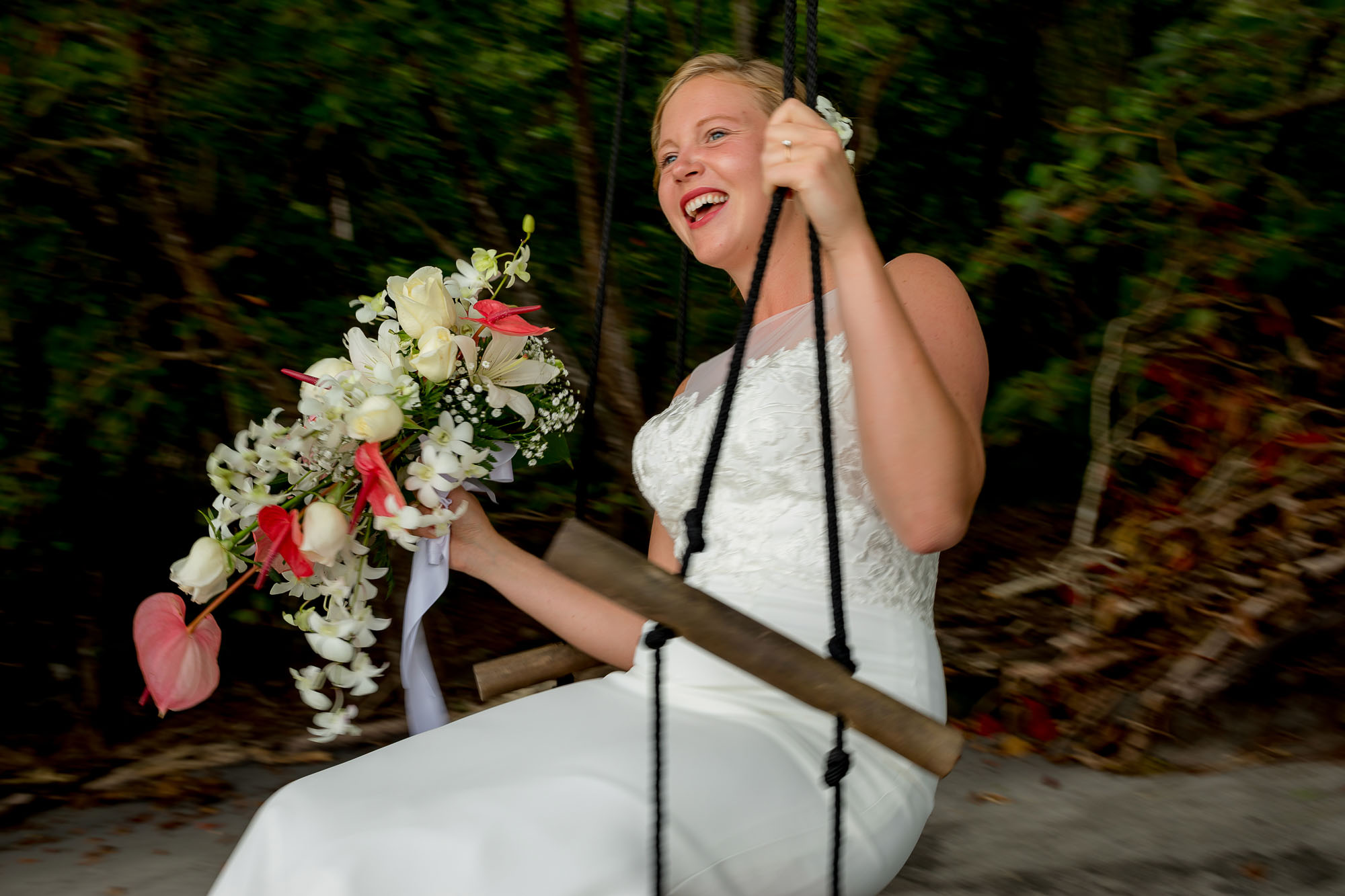 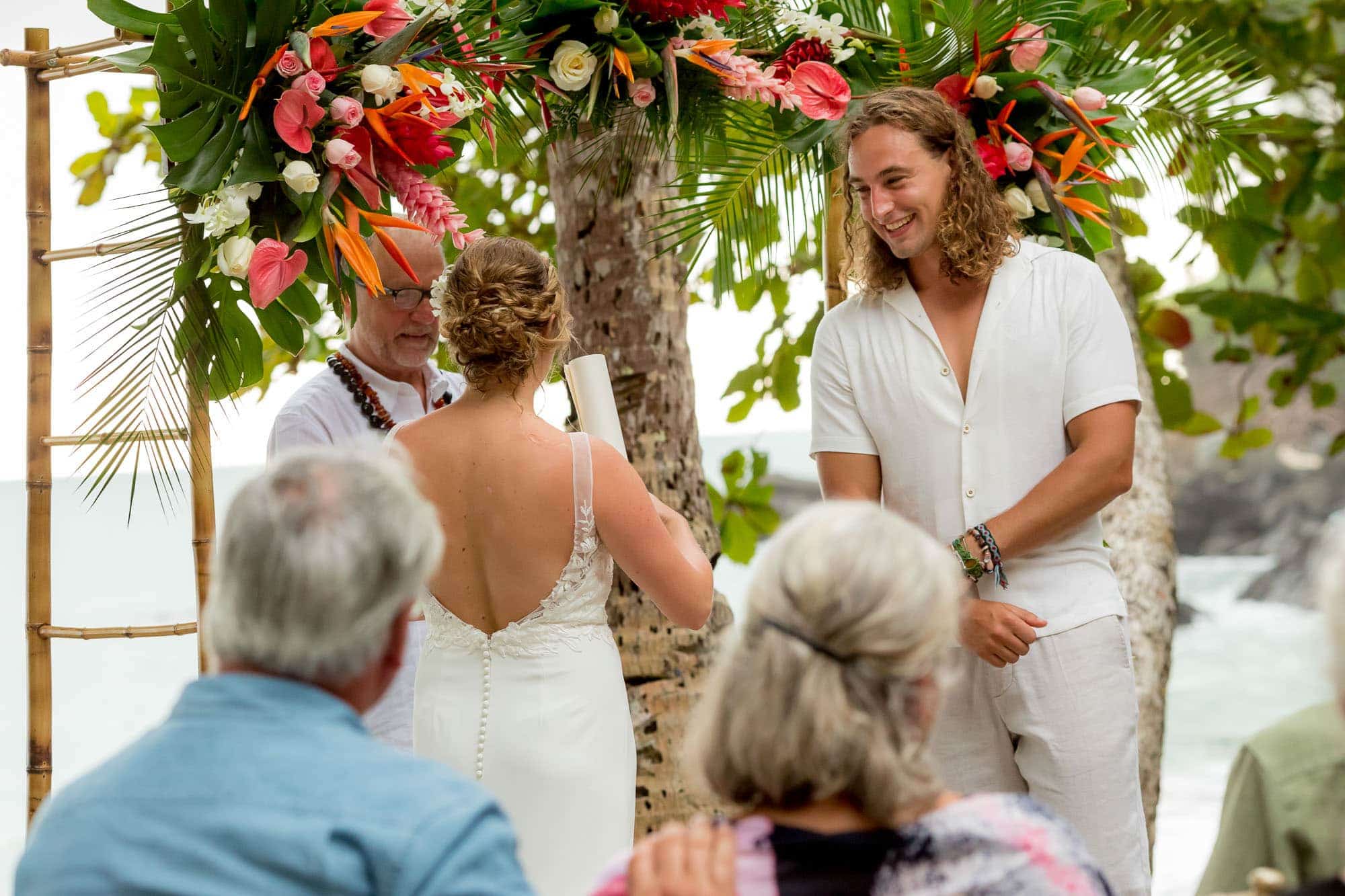 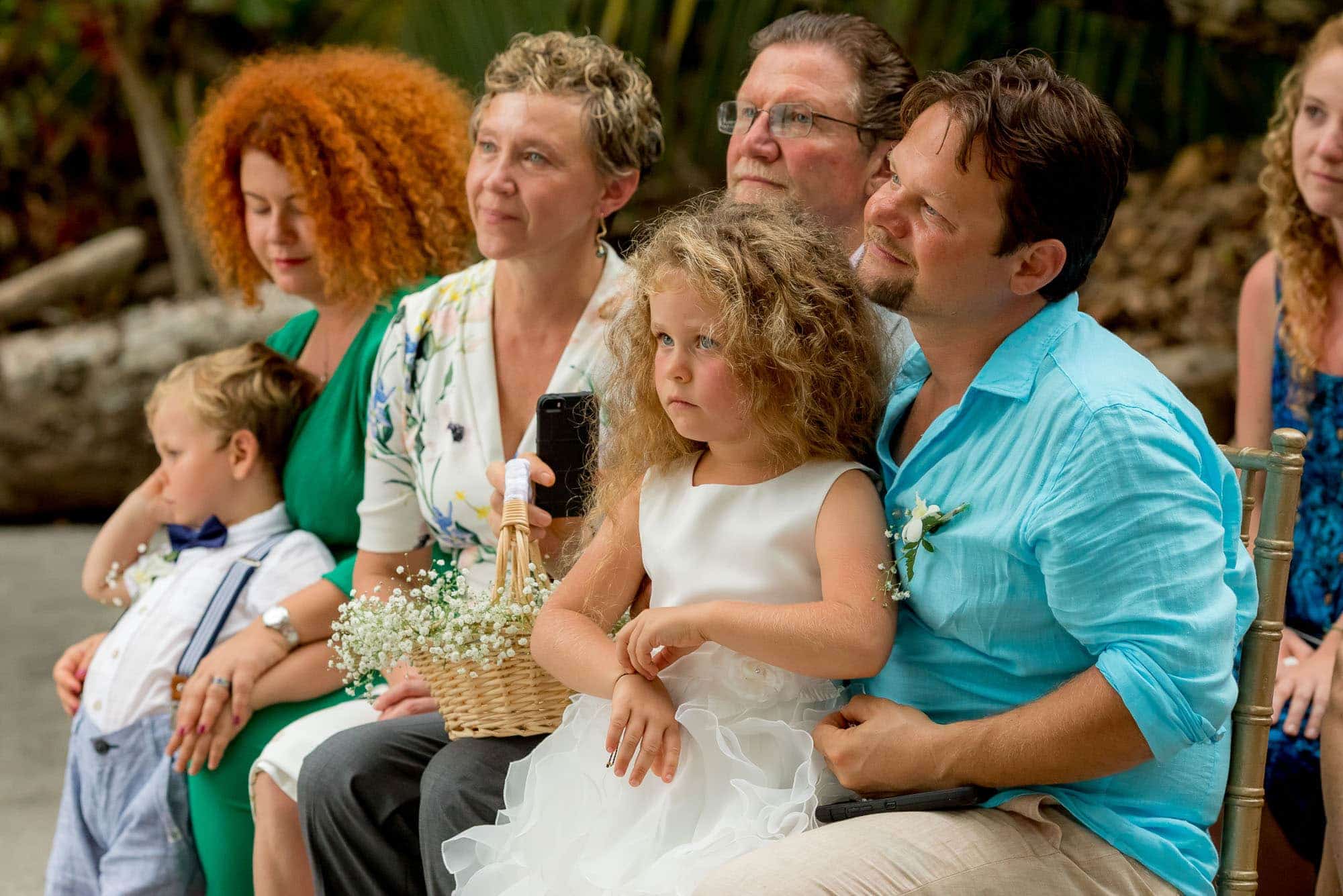 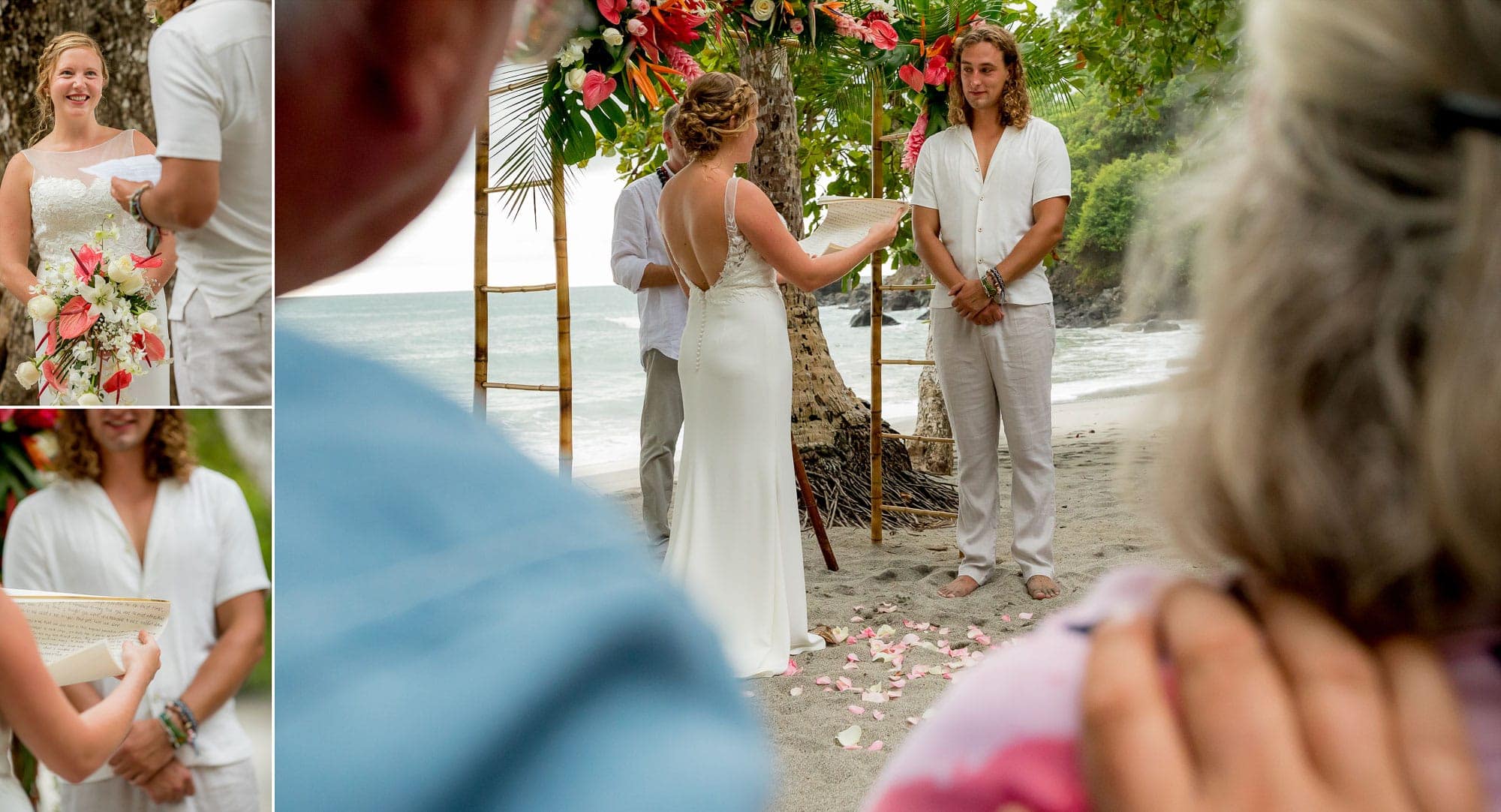 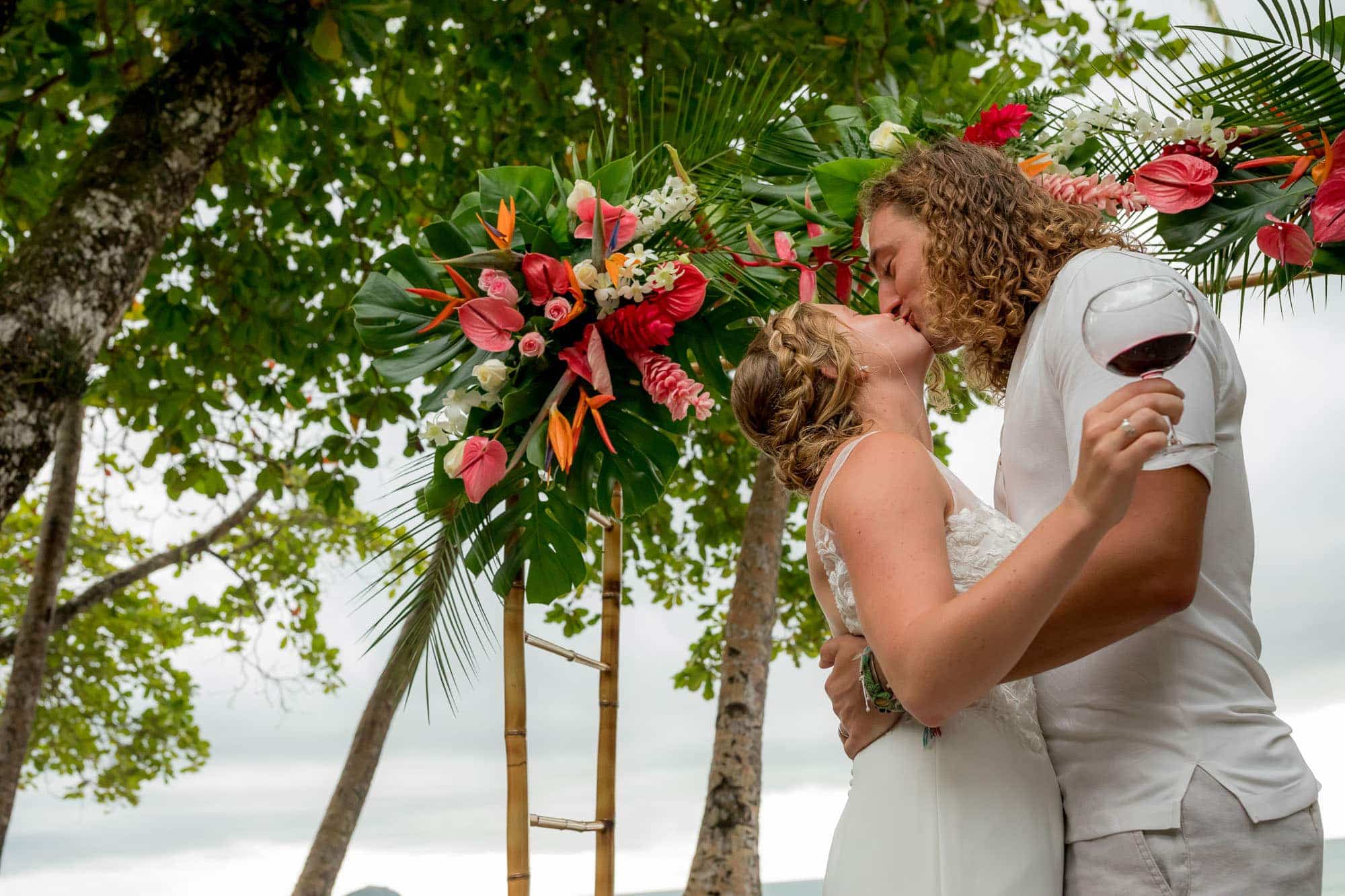 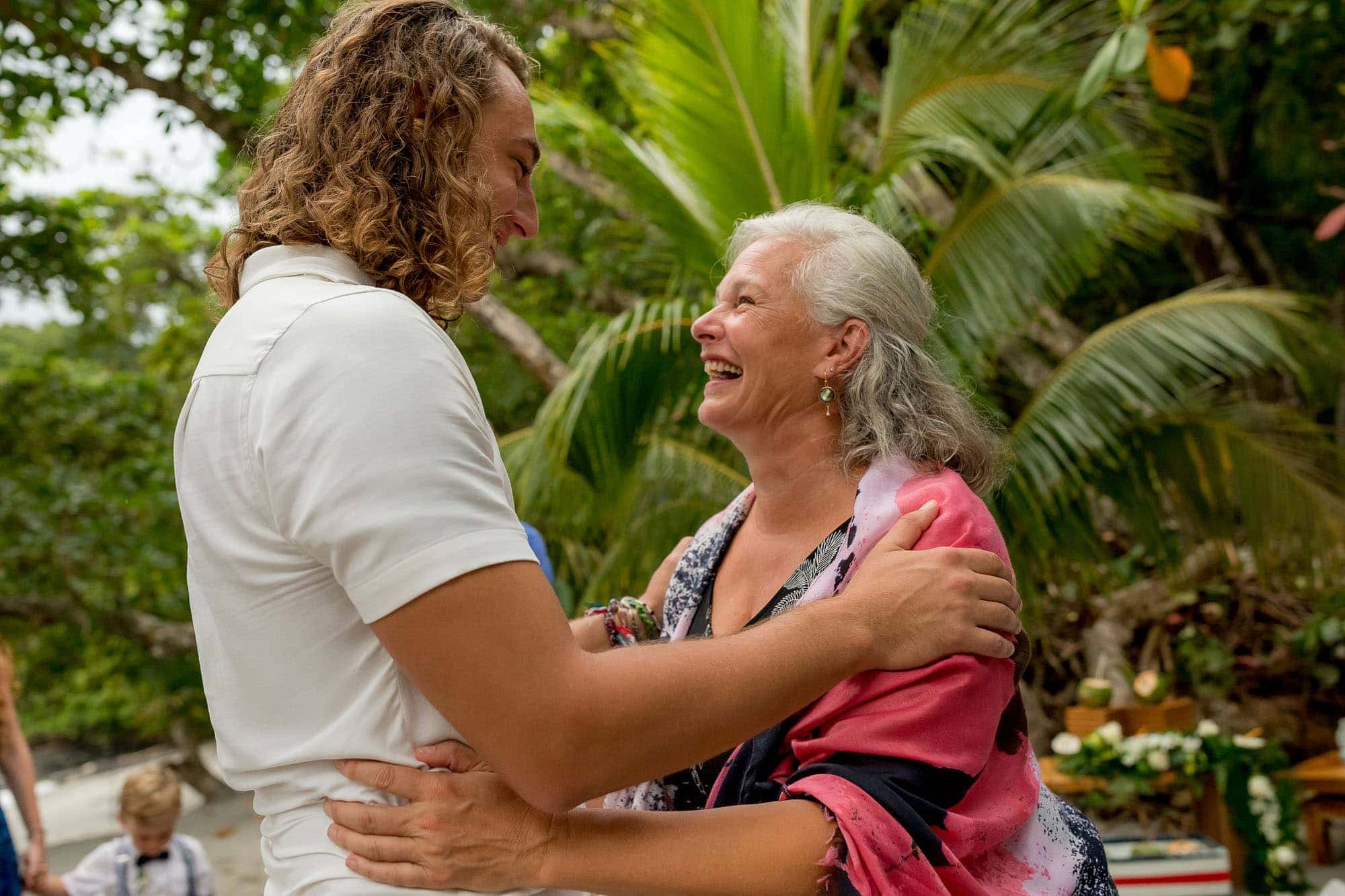 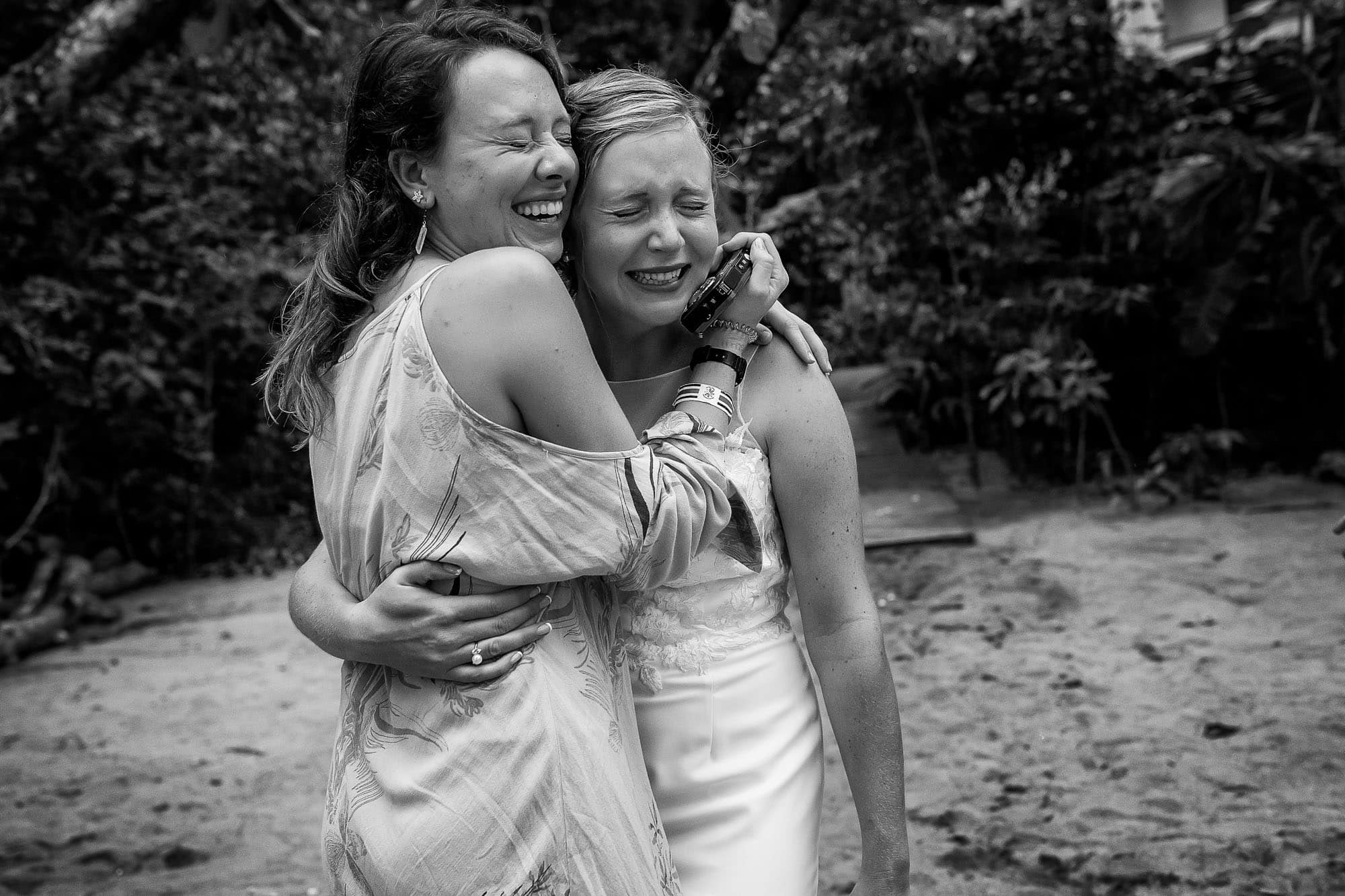 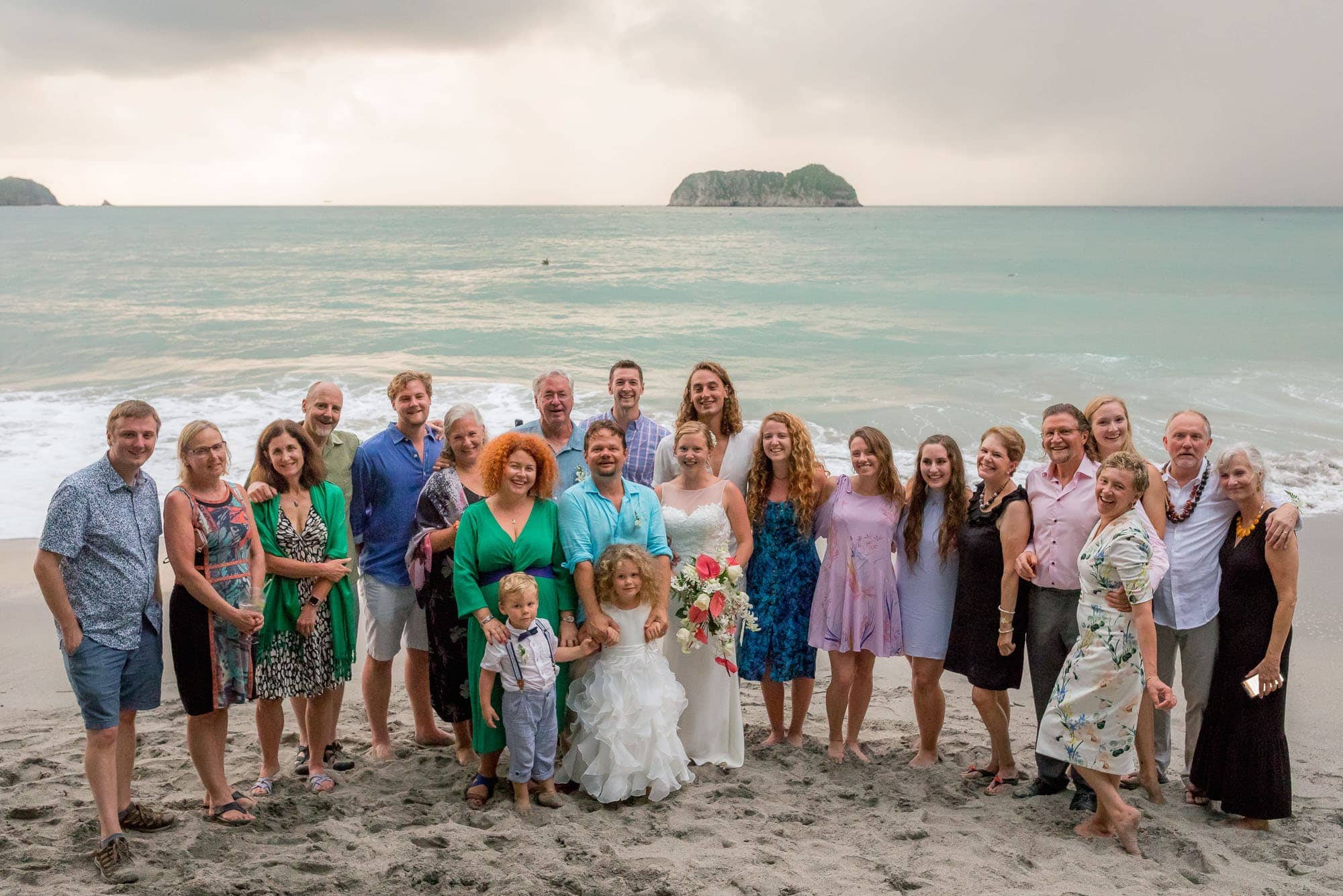 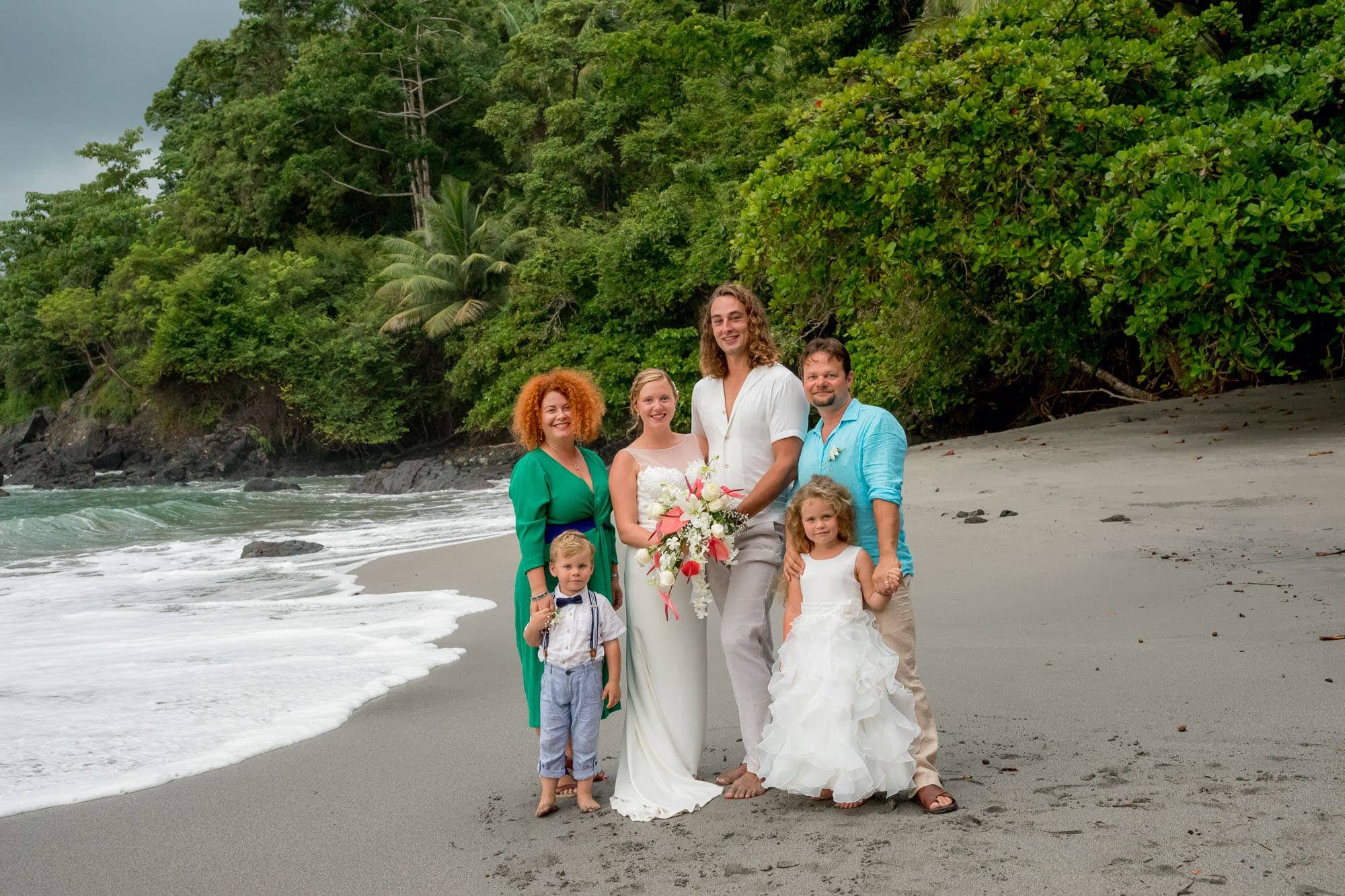 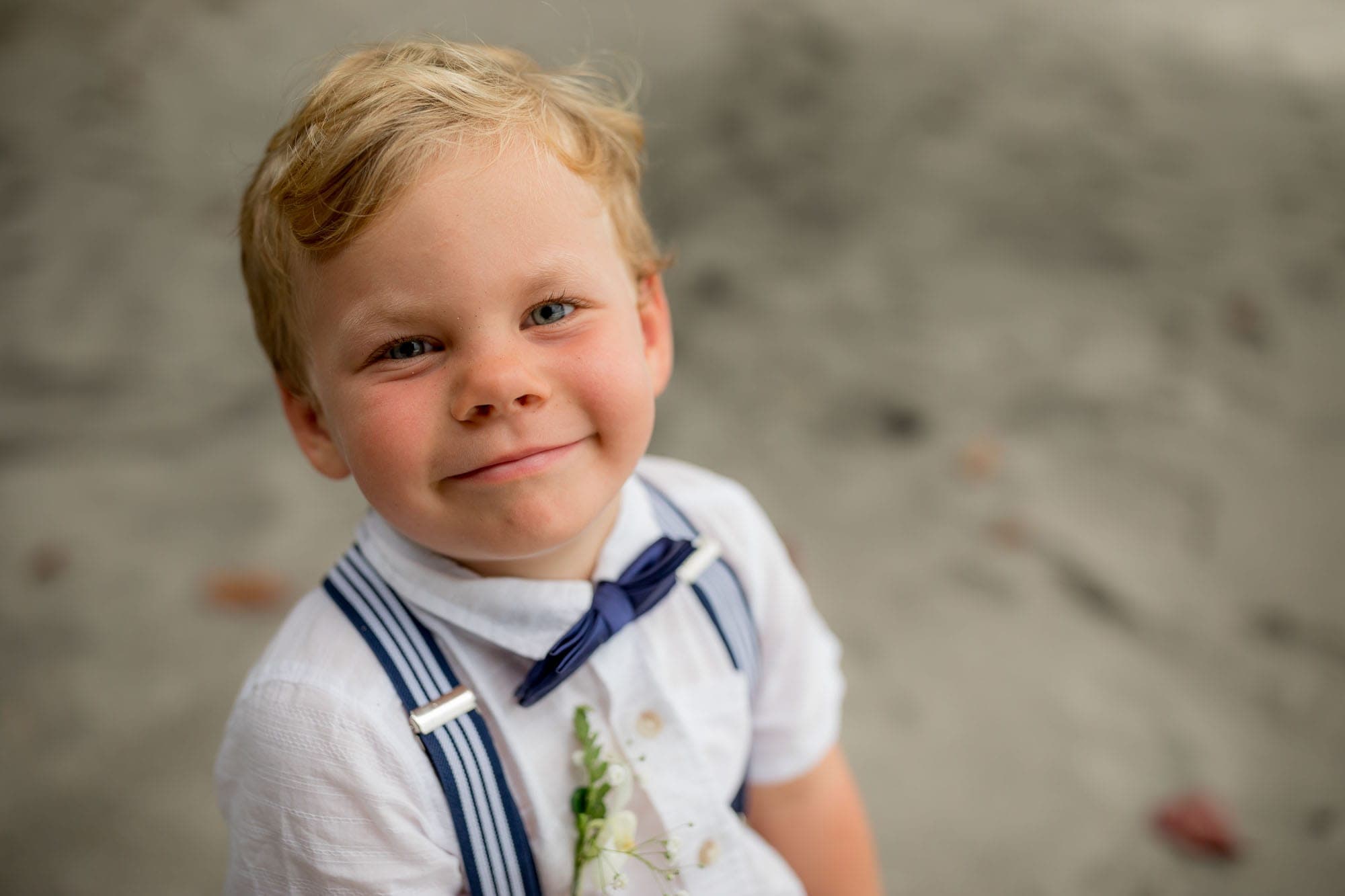 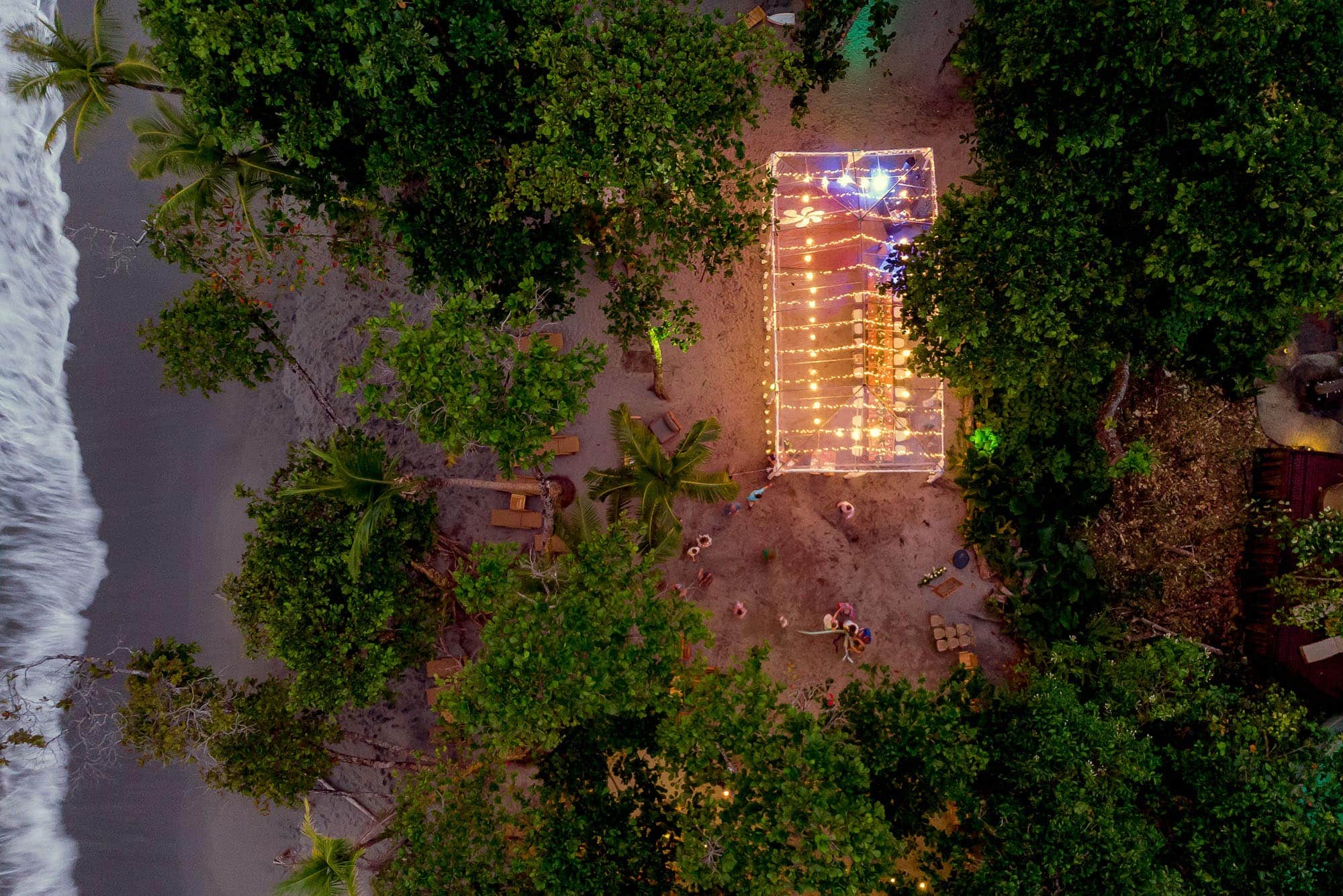 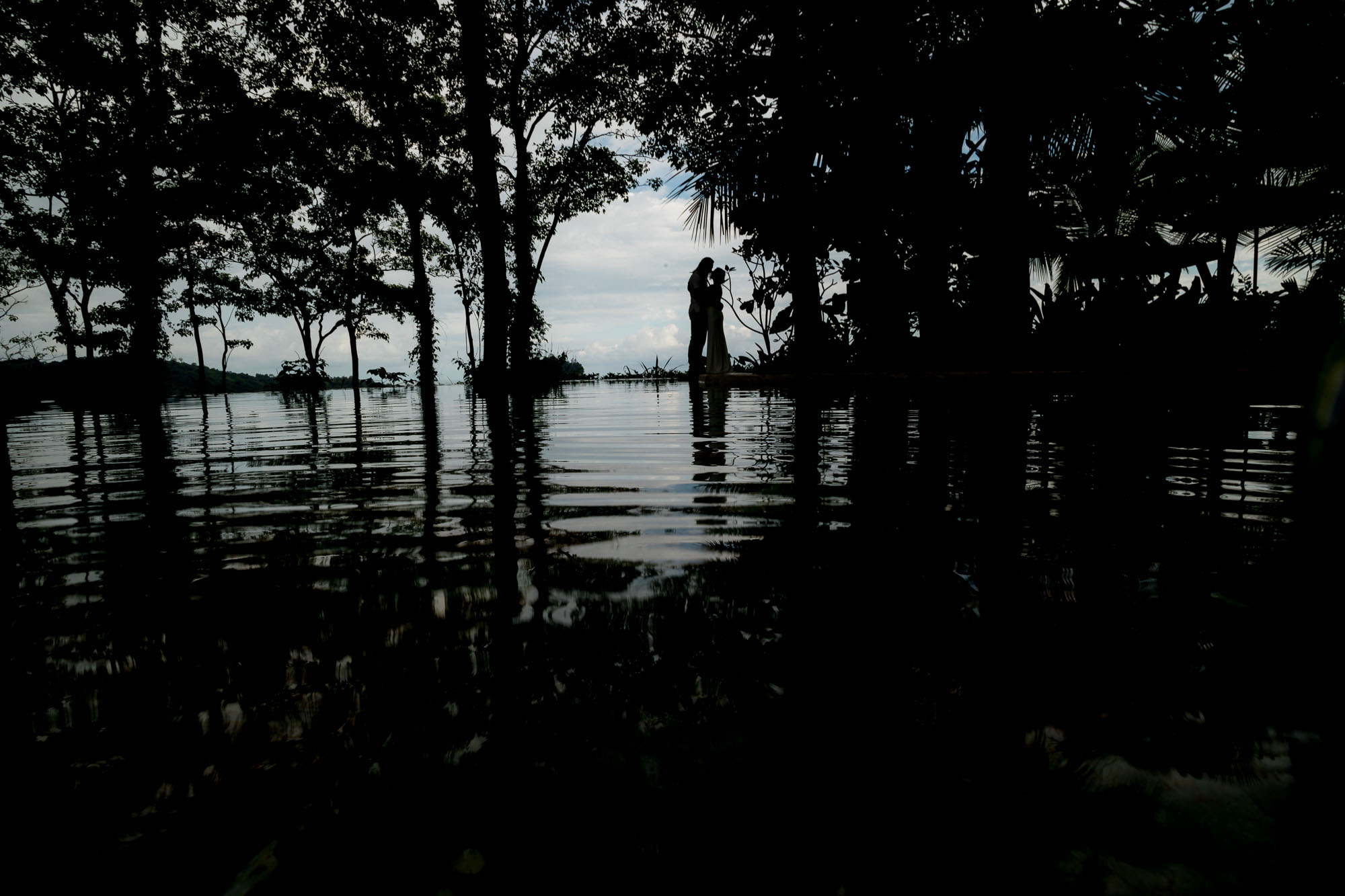 In the video below, there is some cool drone video of the first look overlooking the Pacific Ocean:
https://vimeo.com/372891380

Ready to Get Married in Costa Rica?

There are a million and one ways to get married. Having a destination wedding in an exotic location is just one awesome idea in a sea of great ones. However, I can assure you that you won’t regret a laid-back, relaxed beach wedding on the shores of this gorgeous country.

Looking for more inspiration? I’ve shot plenty of other weddings at Arenas del Mar. Check out this one here!

Need more info on getting married at Arenas de Mar? Check out my complete guide below:

Weddings at Arenas del Mar
Thanks for Sharing!