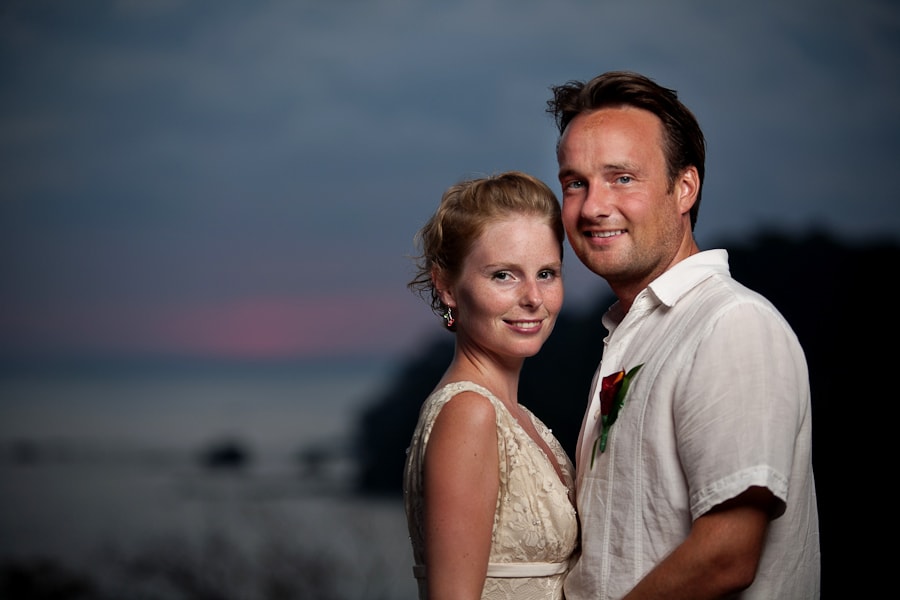 Travel around the world in a camper van for two years and have a wedding ceremony in each country they pass through.  This is the life of Lisa and Alex, a couple from London who decided to embark on this incredible adventure.

They started in Canada and by the time they got down to Costa Rica they had already had 17 wedding ceremonies under their belts.  Among these include: a traditional village wedding in England, a Vineyard wedding in Quebec, a horseback wedding in Banff, a first nations wedding in Canada, a vampire wedding in Hollywood, and an ancient Mayan wedding in Mexico.

Lisa and Alex are the coolest, laid back couple you’ll find, and were open to any ideas for the photos.  I shot the wedding with Christina Craft from Funkytown Photography. She suggested we do the wedding at El Avion, a Fairchild C-123 airplane from the from the Iran contra affair that is now a restaurant here in Manuel Antonio.

The wedding ceremony took place in the actual hull of the aircraft.  I was able to set up a pair of flashes in the background, to light the right half of the airplane green and the left half red.  It gives an interesting effect with the metal ribbing of the airplane.

After the ceremony, we headed over the Costa Verde Hotel for the sunset.  Hotel Costa Verde has a unique position on the hill in Manuel Antonio looks out over the National Park and coastline.  We had some guests throw some rose petals that Lisa had brought with her and I was able to get a fun shot.

To finish the night, we went to the Bat Cave at La Mansion Inn.  The hotel built around an actual cave found on the property and made this cave into a little bar.  The candles and cramped quarters made for exciting photos. 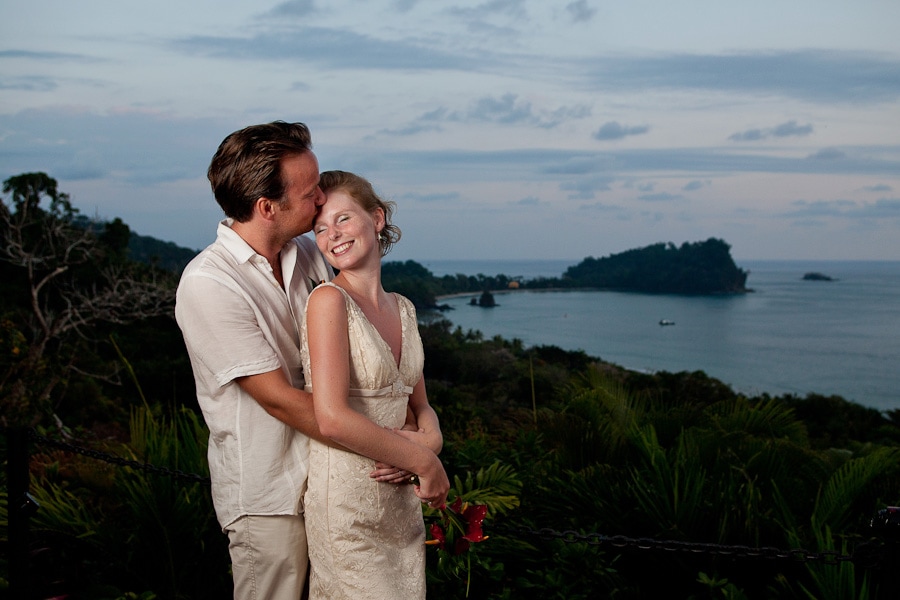 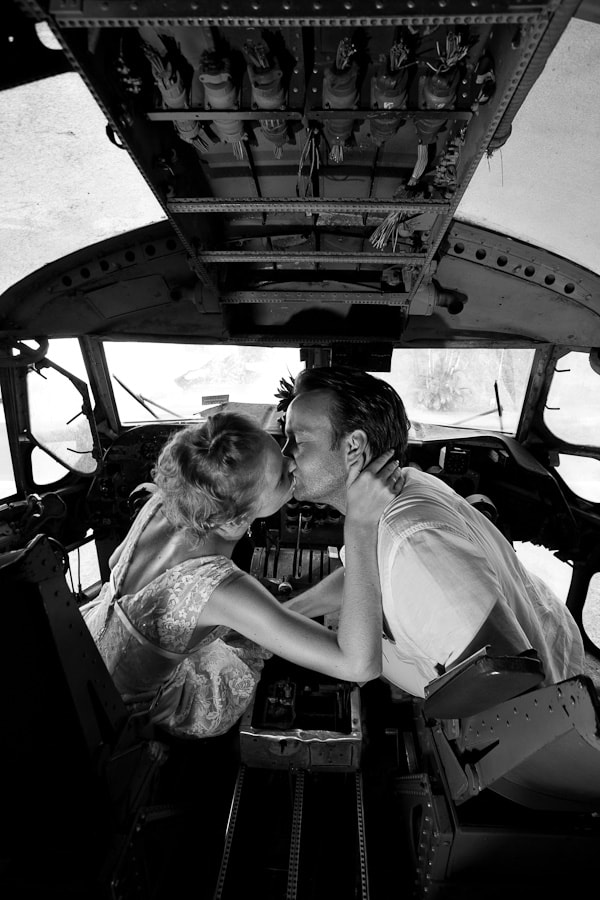 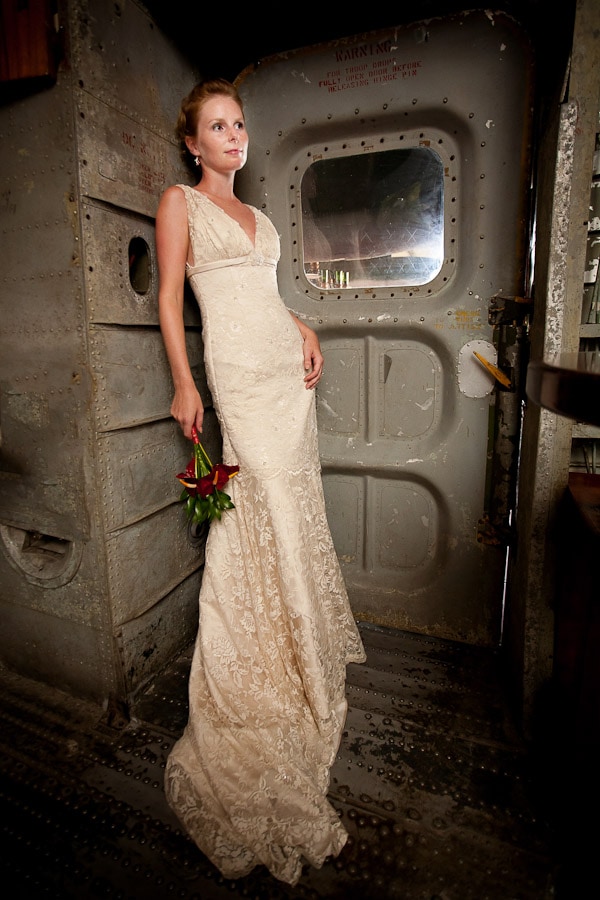 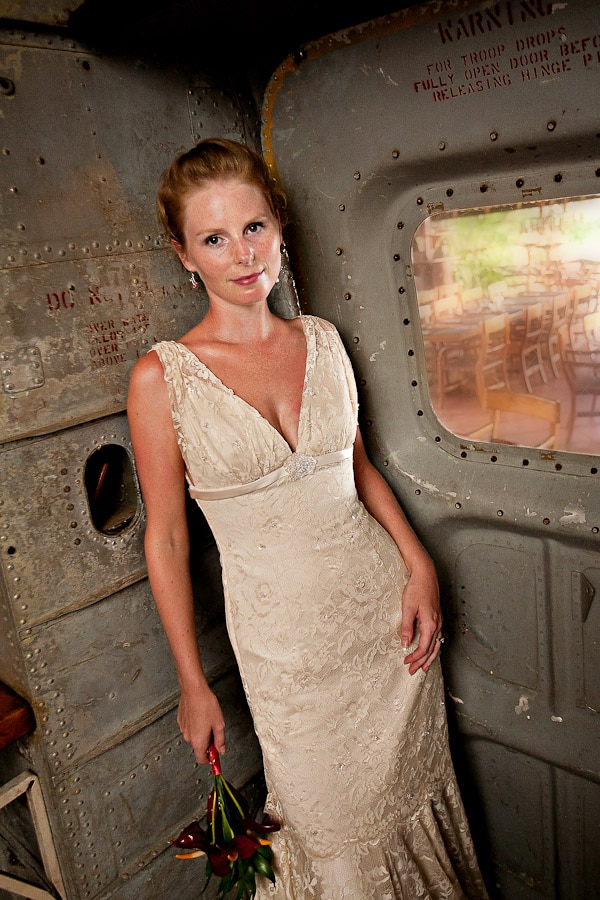 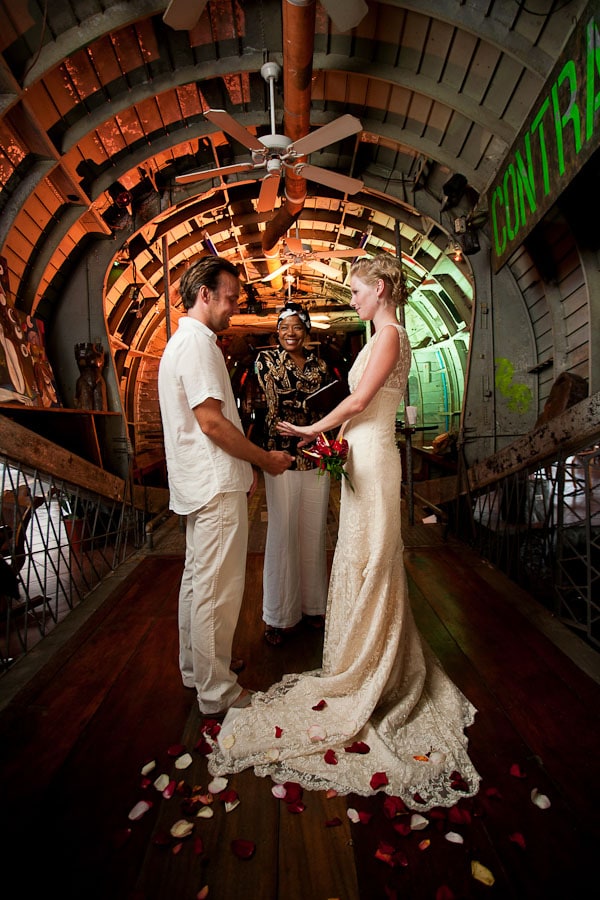 Red and green lights in the background are from the flashes. 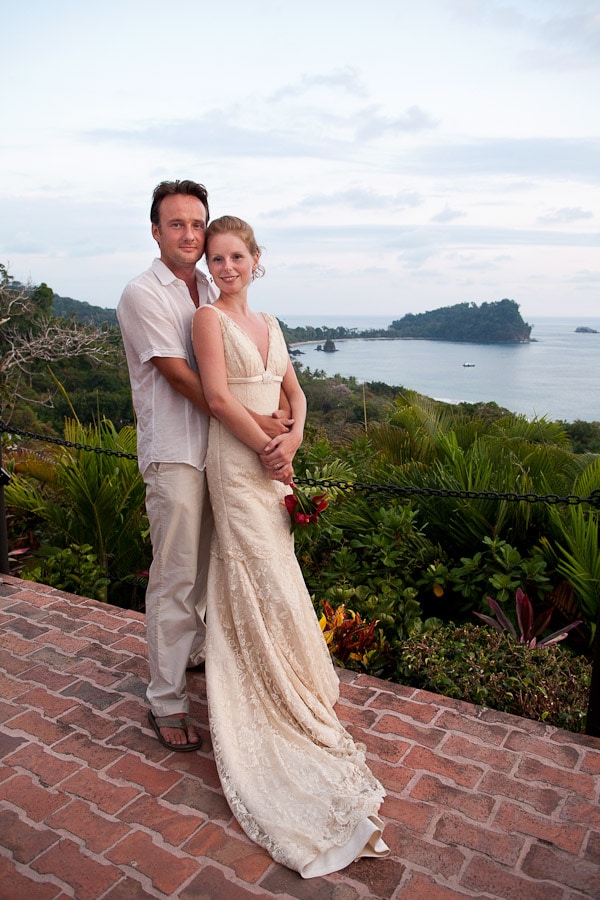 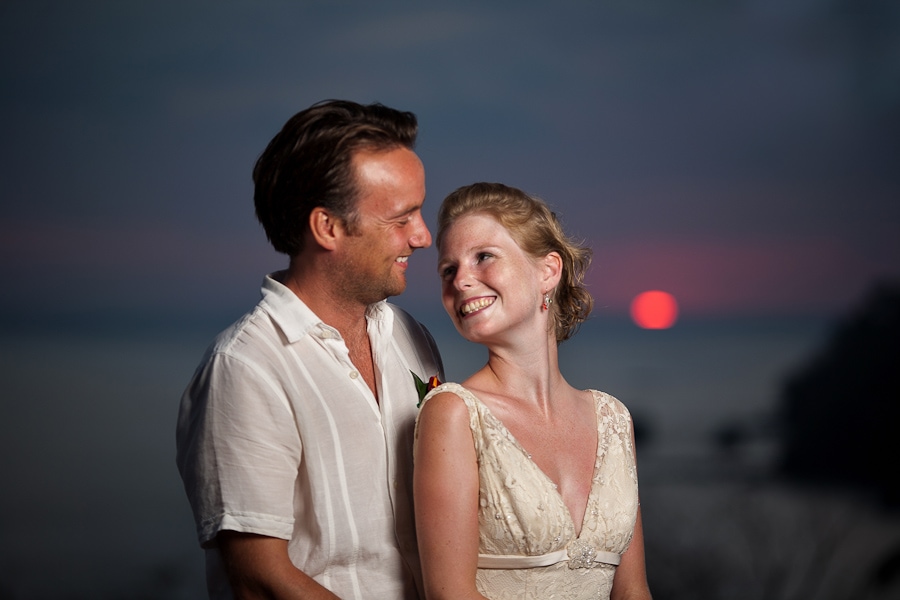 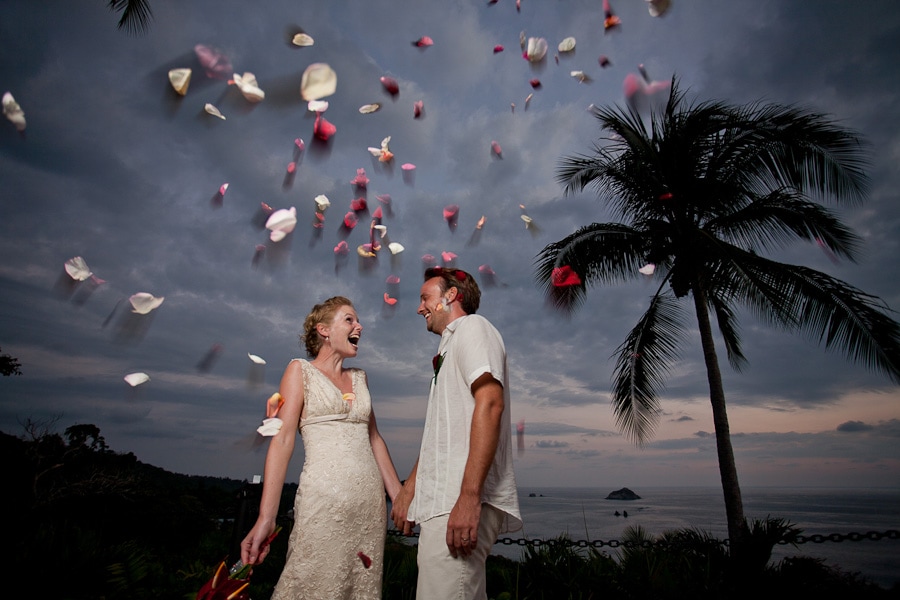 We found some people hanging around to throw the petals for a fun shot. 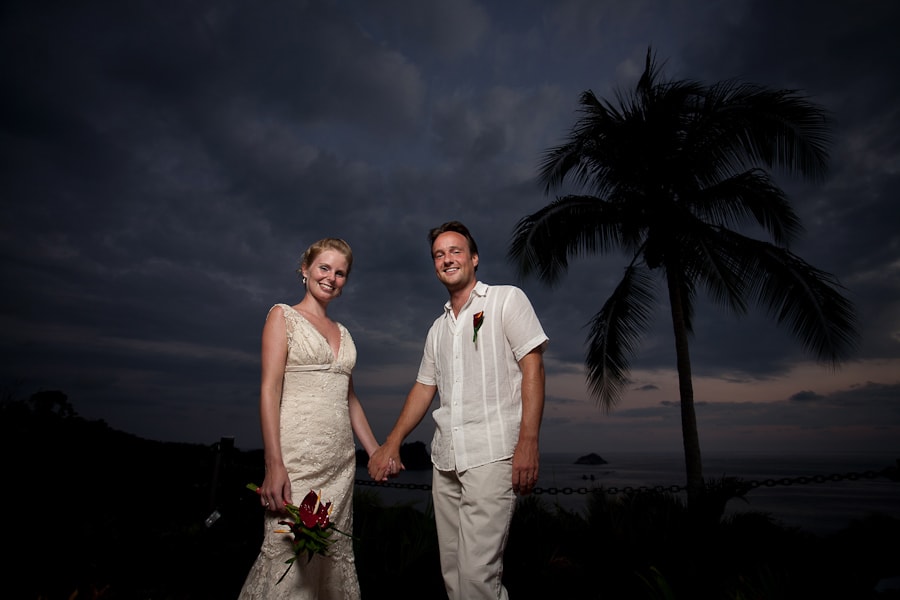 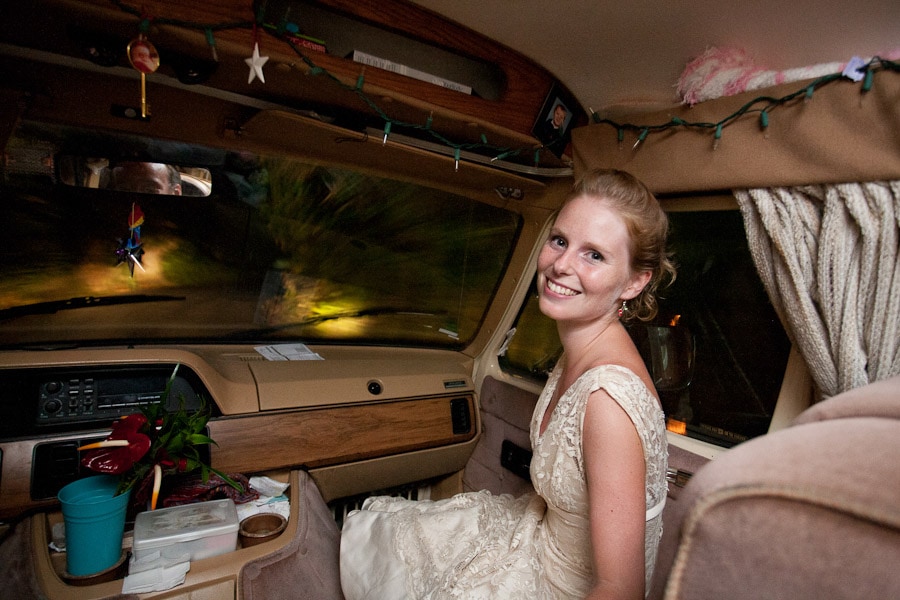 This is the camper van they are traveling in. The named her “Peggy”. 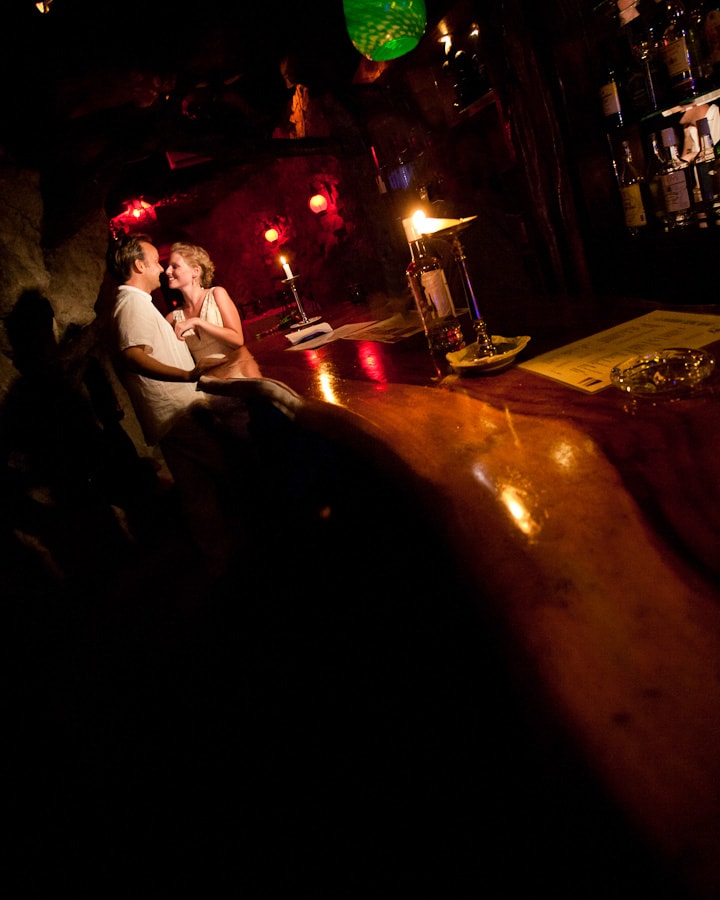 In the bat cave. 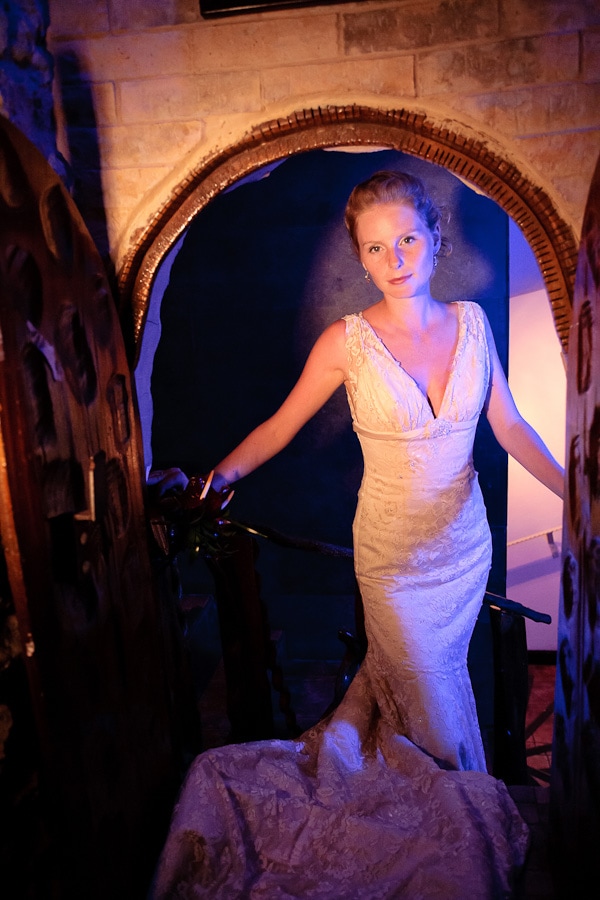 To follow the adventures of Lisa and Alex check out: 2people1life

Ready for even more great photos at Hotel Costa Verde in Costa Rica! Check out this post for another wedding I shot there!

Weddings at Costa Verde
Thanks for Sharing!